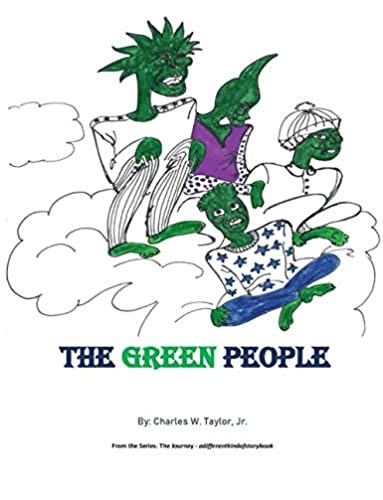 My lil sis, Clarice, and I were discussing that Black History is more than slavery. MUCH MORE!

Here’s a taste from my story/book, The Green People. It’s a story of one family growing up black in America during the 20th century. 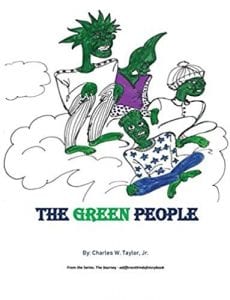 I would like to tell you a story about three brothers and their sister. They are very powerful, but not all powerful! They are enormous and have been around since the beginning of time. They thrive on the destruction of others. Sometimes they will throw out a suggestion, then sit back and observe how we react. Other times, they will roll up their sleeves, instigate and orchestrate their own plan.

The two youngest brothers are twins and the oldest brother is a year older. The names of the twins are JEALOUSY and ENVY, and the older brother’s name is HATE. This family has been the cause of more wars, civil and foreign, since the beginning of time. They have also destroyed far too many families and friends. What they all have in common is that they are ALL mean-spirited.

One day not so long ago, a United States Army veteran returned home from fighting for his country and risking his life in the Pacific theater during World War II. He was blessed to return home alive and unharmed; that is, until the ship he was on docked back in the United States. See, when the soldiers were disembarking the ship, Hate showed up.

The white soldiers and sailors were the first to get off the ship. As they walked down the ramp, they were escorted to the left, where they were welcomed home as heroes by reporters and a military band. The black troops, however, were led off to the right where they were met by one reporter and a saxophone player. Why? Oh yeah, HATE. This story was echoed by countless thousands of African American soldiers and sailors. You will, however, have to dig deep to find them, because our school history books don’t tell us about such events.

Our hero, Chuck, was extremely gifted and was a leader among men. While serving his country in the Army, he rose to the rank of Sergeant and led a team of engineers. They were responsible for building, repairing and maintaining the bridges and roads that allowed our army to keep moving forward. They were also instrumental in the construction of the living quarters. He and thousands like him were used and NEVER given the respect they were due because in those days, the Armed Forces were segregated. Sometimes you must take something in order to get something.

These brave Americans, in ALL branches of the military, accepted the unfairness being done to them in hopes that they could prove their value and change the hearts and minds of America. Remember that ship? Well, nothing changed! A couple of years after getting home from the war, our hero enrolled in a technical college. Once again, his gifts propelled him to the top of his class. Once again, HATE showed up. Segregation and separation ruled the country.